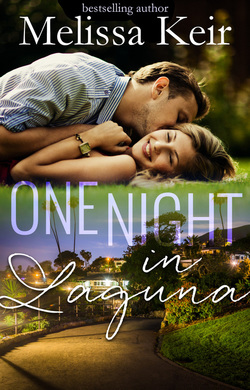 Here’s a look at One Night in Laguna…
Schoolteacher, Melanie Whitman’s dating life is in shambles when her boyfriend and former boss dumps her. Her best friend arranges for Master Draikoh San, matchmaker extraordinaire, to provide her with a night to remember.
Breakout star of the third season of the reality TV show Laguna Nights Cole Hayes was burned by the limelight and started a family. After a messy divorce and looking to move back into the dating scene, he agrees to a one-night stand.
Can Cole and Melanie create a relationship that will last a lifetime, or will their one-night stand crash in the waves of Laguna Beach?


Excerpt:
“Do you recall who changed my life?” A large grin played across Lauren’s face. It was the look she gave when she knew something and couldn’t wait to tell. Mel had seen it a million times, but it’d never made her stomach jump.
“Yeah….” Melanie nodded. “Your husband.” She pointed to Mac. “He gave you the happily ever after.”
“Nope.” Lauren’s smirk encompassed her whole face. “Master Draikoh San.”
Melanie stood abruptly, knocking the chair to the floor. Her mouth opened and closed like a fish searching for her meal. “What did you do?” Scrunching up her brow, she advanced on Lauren, who began to inch backwards.
“I…we….” Lauren stumbled with her words. “You’ve been so upset.” She kept backing away. But Melanie advanced like a bull toward a flapping red cape.
“Lauren…tell me you didn’t.” She stopped and put her hand over her stomach then over her mouth. “I think I’m going to be sick. You’re going to tell me that he couldn’t find a date for me. No man would agree to date me. I’d be the one woman who’d ruin his perfect record. No Date For You.” The last part she mimicked the voice of the Soup Nazi from her favorite sitcom.
Lauren grabbed hold of Melanie’s arms. “Mel, snap out of it. We’re not going to lie to you…. You do have a match, and you leave in three days for California.”
Cherri screamed and grabbed Melanie out of Lauren’s arms. “Sunshine, beaches, bikinis. We have to do some shopping, girl! And maybe a little styling and waxing, if there’s time.” She twirled her around. “After school. My store. Be there.” With her declaration, Cherri released Melanie and headed toward the door. “See you later.” She studied Melanie from toe to head. “I’ll even give you the employee discount!” 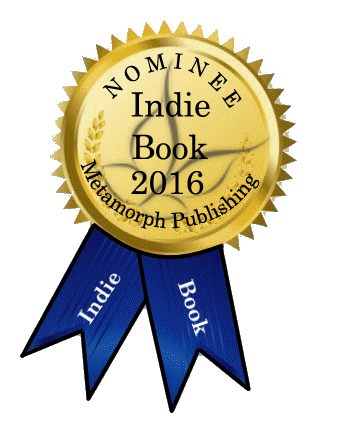