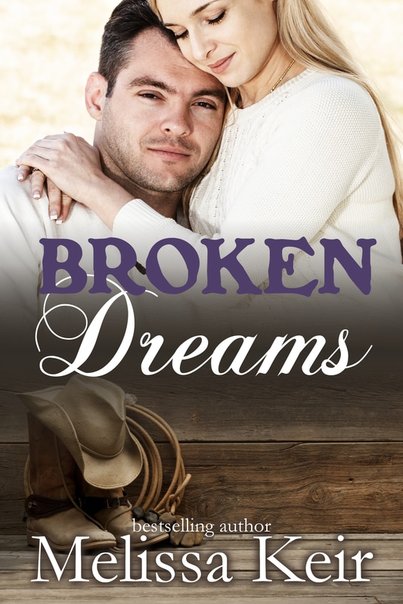 Trey Arking was on his way to becoming TBC Pro-Rider of the Year until a bull named Brickhouse derailed his life, paralyzing him.

Sara Corday wore Trey’s engagement ring and dreamed of their life together. Her dreams altered when his life changed.

Trey is unable to see the wonderful future of his dreams from a wheelchair, but Sara is determined to help him see hers. Can these two stubborn people find a way to live again?

Excerpt:
​Brickhouse left the chute like his tail was on fire. He jumped to the left, twisting his back end and sending his nose nearly down into the dirt. All Trey could concentrate on was holding on, anticipating the next move.
Trey could feel the muscles underneath his thighs bunching as Brickhouse swung around to the right. The bull flipped his head back and lifted his front legs off the ground in a move designed to remove the two hundred fifty pound man from its back. But Trey was determined.
The dance between the bull and the man, unchoreographed and spontaneous, was beautiful to watch. Trey’s body leaned forward and back with each jump of Brickhouse. Trey waved his free hand, wearing the matching brown suede glove, in the air like a princess acknowledging her subjects. He tightened his knees, struggling to hold onto the massive body of the bull, all the while moving in an up-and-down motion much like a marionette.
The buzzer sounded. Cheers erupted from the stands as the announcer declared Trey the winner.
Elation filled his chest. He’d done it, beaten the beast yet again and was ready for a kiss from his best girl and a cold brew. Trey’s mind slipped away to cotton sheets and tangled limbs. He was ready to release the rope, remove his hand, and get off this beast. Yet, as he tugged on the rope, it wouldn’t budge. His hand was trapped between the cord and the hide. Fear and adrenaline kicked in. A momentary panic. His heart raced. He held his breath. Then he flew through the air, landing on the hard dirt.
Unable to catch his breath, Trey watched Brickhouse’s front hoof land on his chest. He felt the bull spin and, in seconds, saw the rear legs coming for him. Move, he screamed in his head, but his body wouldn’t respond.
Was it two or three poundings of the hooves? He’d lost count by the time the last hoof grazed his head, sending him into a world of darkness.

Available in Ebook and Print: Amazon